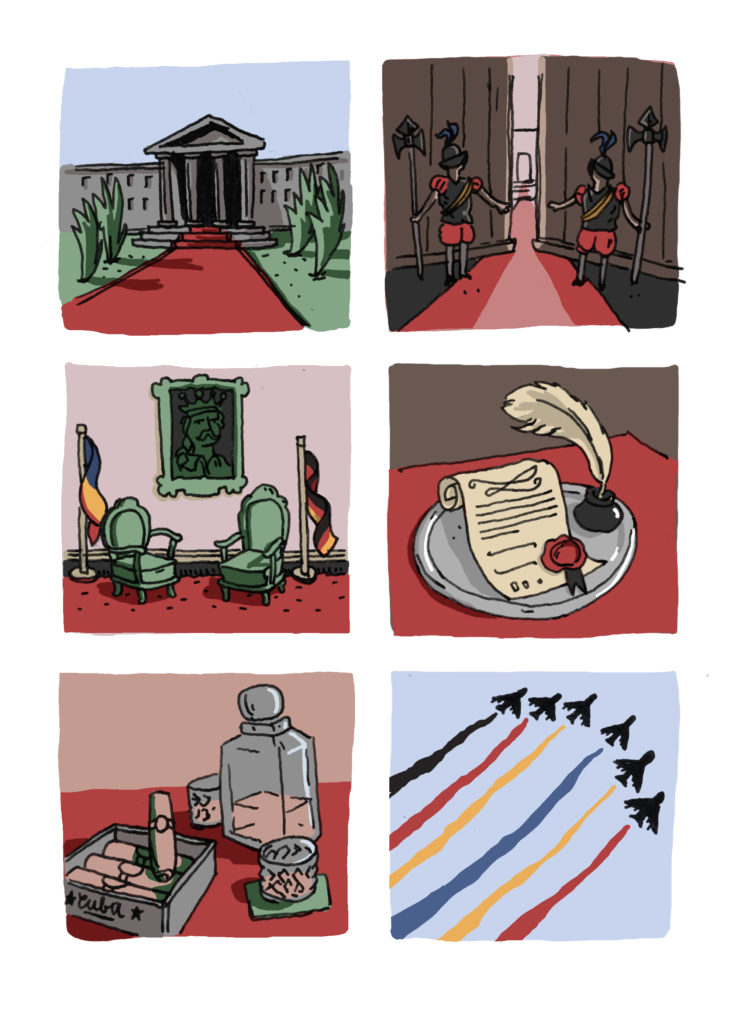 There’s a constant coming and going on an excavation. A core group stays for the whole campaign while many researchers and experts only come for a couple of days. Before this, the majority of them were in the field somewhere else and after they have imparted thier wisdom here, only a small number of them will get to go directly home.

The nearest airport is in the capital – Chişinau – which, depending on traffic and mode of transport, is 3-5 hours away. Last Wednesday during dinner it was noticedthat the car that will deliver them all to the airport has to, somehow, also come back to Stolniceni. Lucikly, there is an artist who allowed himself to be lured into the job with the promise of an exciting scene to draw and the chance to take in some big city air.

The promised scene is the signing of a contract for further collaboration betweeen the Romano-Germanic Comission, the Universitatea Şcoala Anthropologică Superioară, and the SFB1266 of CAU Kiel. I immediately imagined an extravagant event.

It turned out that it all occured, quite unspectacularly, in the backyard of the university:

There are only five of us and, besides a fat cat, nobody else shows interest in what is happening. Espressos are drunk and I document this moment in world history for Facebook with the cellphones of Johannes Müller (SFB/Kiel) and Marc Tkaciuc (Şcoala Anthropologică Superioară). We talk about the earliest grass-steppe kurgan („not before 3700!“) and the new German ambassador.

This discussion is continued later over beer and snacks. Manzura tells about the civil war that only lasted from June until October because then the wine had to be harvested. „The wine festival is sacred!,“ Stas adds. 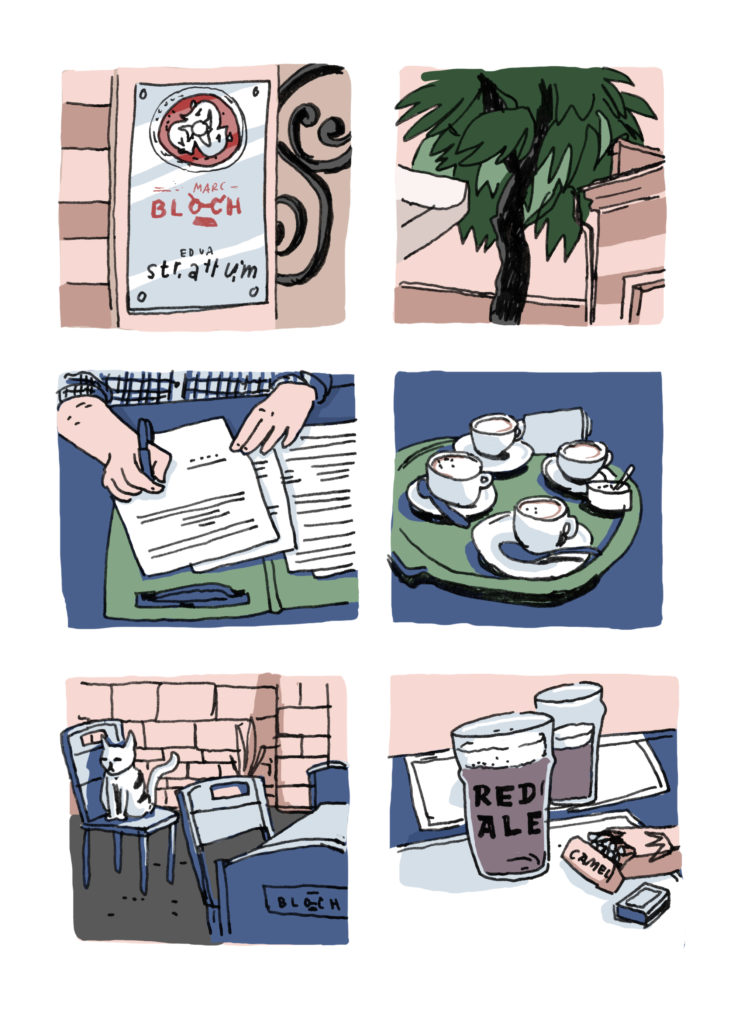 Before we pick up our next colleague from the airport, Stas and I drive again to the university – the university that has almost no students as it is being changed into a research center. We procure several things for the excavation: although we haven’t been losing buckets at the same rate, we’re now in desparate need of transportation boxes.

The city presents itself in the most wonderful, beginning-of-fall weather as we make our way to the airport. Stas has lived here long enough to know which streets are less congested. He guides me deftly through multi-lane roundabouts where, though people drive in multiple lanes, no lanes are actually marked. After the third time, I more or less got it. „When we make it out,“ says Stas, „you can print a T-shirt with I survivedChişinau Traffic.“ We survive the drive to the airport, pick up the geologist, and drive back to Stolniceni.

A couple of students are drinking beer with the village residents at the store. I join them. It’s nice to be home.